Residents in downtown Franklin’s Hincheyville neighborhood are expecting another big turnout this Halloween.

Franklin Police Officers and Firefighters will be handing out candy and glow necklaces to children within the closure.

Trick-or-treat days and times in Franklin
are set by individual neighborhoods and homeowner associations.

Police encourage parents to trick-or-treat with their kids,
and be sure to tell them that some people driving cars may not slow down for them.

Motorists are urged to slow down
& use extra caution Wednesday night,
as Franklin streets will be filled with excited children.

To search for information on registered sex offenders
living in proximity to specific geographic locations,
click to visit the Sex Offender Registry. 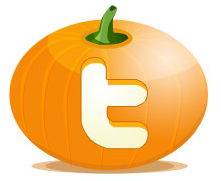