Franklin, TN – On the evening of Friday, 11/21/2014, the Franklin Police Department will conduct a sobriety checkpoint on South Royal Oaks Boulevard near Center Point Place. 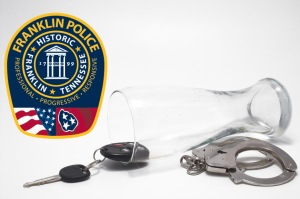 Earlier this year, the Tennessee Governor’s Highway Safety Office awarded the Department with a $50,000 grant to use for anti-DUI initiatives including DUI checkpoints, saturation patrols, training, equipment, and overtime for officers working this checkpoint.

In 2013, there were 6,699 known alcohol-related traffic crashes in Tennessee. Nationally, one in three traffic fatalities are a result of an alcohol-impaired-driving crash. “These deaths are preventable,” said Chief Deborah Faulkner. “Driving impaired is not an error in judgment, it’s a choice. Impaired drivers who selfishly risk the safety of Franklin residents will be arrested, period.”